A new collaborative work between myself and JK Russ titled 'The Release', 2016, collage and oil on metal, 14” x 11”. We usually start with a regular-sized piece of aluminum that I commonly work on, I'll paint a standard backdrop in oil, then hand it over to JK Russ and she finds collage elements to place on the backdrop. After JK has finished, we talk about the images, configuration of forms and placement then talk about what is the best way to complete the work in oil paint. The best works or examples are the one that find a perfect conflation of our ideas and signifiers. 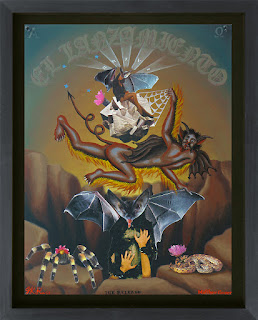 ...writing lists, working on initial sketches and drawings, priming canvases and pieces of metal so that I can tap the muse as long as she stays around. I've got a feeling it will not be for long, but at least I can stockpile all the info so I can use it over the next couple of years. There's some great new ideas and paintings coming out of this new mix (painting below is an old work from 2007 about dealing with muses) 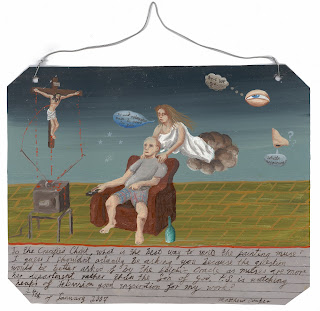 laboriously added by MATTHEW COUPER at 9:03:00 AM 0 comments

My new publication 'Thirty-Three' is now available for purchase in New Zealand. They are $33 each, plus $6 for postage and handling within New Zealand. The catalogue features full colour reproductions of the group of paintings now on tour around New Zealand and an essay about the work by anthropologist Dr Peter J Howland. Please email me for more details!

New article by Kristine Walsh in the Gisborne Herald newspaper for my upcoming exhibition 'The Whaling and Naching of Teeth': http://www.gisborneherald.co.nz/article/?id=29897 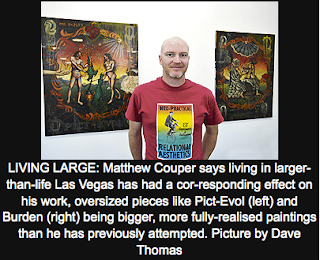 'Thirty-Three' publication, made in association with the touring exhibition of the same name.
essay titled 'The Divine Self and the  Church of Auto-Resurrection' by Dr Peter Howland
Designed by Tim Hansen and Matthew Nache of PAULNACHE
full colour, 78 pp, edition of 333
ISBN: 9 78-0-473-20990-2

laboriously added by MATTHEW COUPER at 9:00:00 AM 0 comments

A ONE-NIGHT PREVIEW AND PUBLICATION LAUNCH

The title of the preview references the hanging, distressed canvases that Couper sends unstretched for ease of transportation to various galleries that represent his art. The teeth refer to the scrimshandered whales’ teeth which feature similar symbolism to the large paintings. Couper continues his anachronistic adaptation of Spanish Colonial painting to present issues of survival as an artist, art as historical currency and reactions to his new home of Las Vegas.

“I’ve been wanting to present the paintings and scrimshaw teeth to friends and interested parties in Las Vegas because the primary motivation for the works now come from here in Las Vegas and the machinations of the Strip - this amazing humanist construct in the middle of a harsh, arid desert. These new paintings provide a conduit between my status as a ‘new arrival’ and my dissection of Las Vegas as an unique place to make art” says Couper.

Viewers familiar with Couper’s art practice will be able to see corresponding paintings and scrimshaw en masse relating to recent performances such as the 2012 London Biennale in Nevada and paintings exhibited at the Contemporary Arts Center, Winchester Cultural Center, Blackbird Studios, ATM in Las Vegas, and Pop Up Art House in Henderson.

Because the artworks in the preview are ear-marked for exhibitions elsewhere, Couper’s new publication Thirty-Three will be available to purchase. The full-color, 80-page catalog accompanies his current traveling exhibition in New Zealand, with an essay by anthropologist and author Dr. Peter J. Howland. 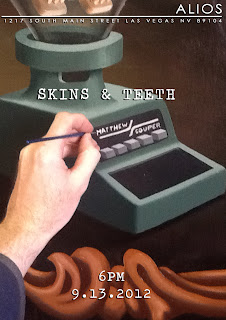 laboriously added by MATTHEW COUPER at 8:02:00 AM 0 comments

In his apartment in Las Vegas, Couper's collection of religious Spanish Colonial paintings from Mexico provide a rich cache of narrative and allegory that inform the artist's reactions to his new and unique environment. Over the past two years, Couper's paintings have collected and collated visual and psychological symbols of Las Vegas, culminating in a hybridized form which Huffington Post art writer John Seed suggests is 'a pagan Catholic Cirque du Soleil', accentuating the artist's 'Kafkaesque view of the world'

laboriously added by MATTHEW COUPER at 11:27:00 AM 0 comments

My painting 'The Harbinger' has been selected as a finalist in the 21st Annual Wallace Art Awards 2012.
http://www.wallaceartstrust.org.nz/wallace-art-awards/

Just before disassembling my props today, I thought I'd get a photo of my 'Polemical Alchemy' set-up in reference to an 1895 photograph of James Ensor in his studio:

"...The polemical assertion of the act of painting as a subject of aesthetics is more interesting than formalities of visual representation manifested by painting. We live in a digital age, where we could easily create graphics and visual aids through computer software and hardware yet the persistence of painting is still a mystery or perhaps an alchemy. Like James Ensor's paintings of death skulls/bones come to life or Matthew Couper's paintings about turning shit into gold, the alchemical power of the very act of painting is undeniable - transforming material entity into a metaphysical state..." - Jevijoe Vitug

Two photographs of 'Polemical Alchemy' at the 2012 London Biennale in Nevada performances at Pop Up Art House, 21st of July 2012. Photographs by Frankie Henriquez.
www.londonbiennale.tk 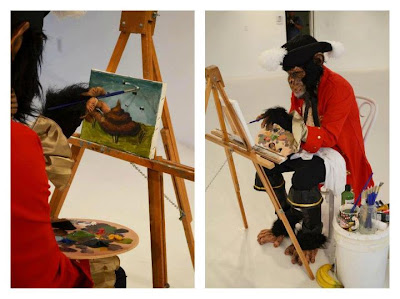 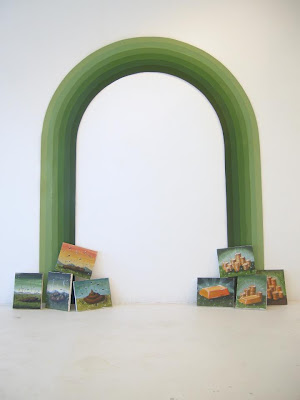 2012 LONDON BIENNALE IN NEVADA
It's now only a week before the performances for the 2012 London Biennale in Nevada take place at Pop Up Art House in Henderson/Las Vegas. Please visit the website here and check out all the details: http://www.londonbiennale.tk
or you can download the press release here:
http://londonbiennale.mattcouper.com/press/OFFICIAL_London_Biennale_Nevada_2012_Press_Release.pdf

laboriously added by MATTHEW COUPER at 7:56:00 AM 0 comments 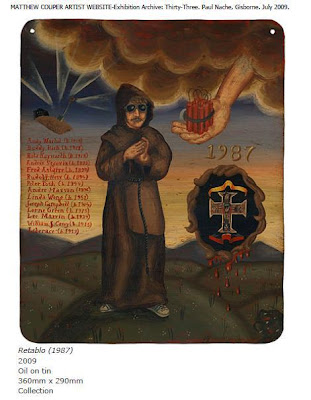 laboriously added by MATTHEW COUPER at 7:47:00 AM 0 comments 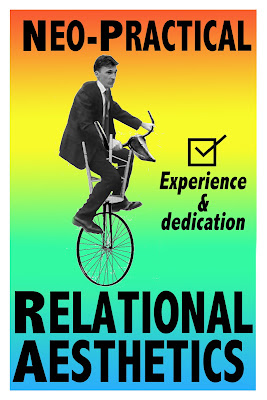 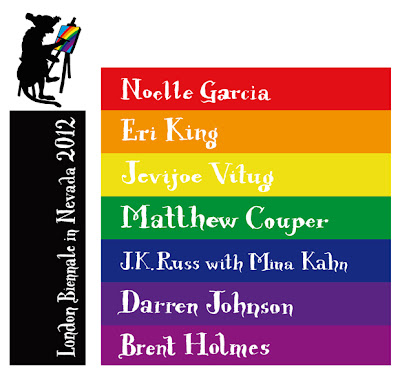 Seven Las Vegas and Henderson-based artists will take part in the second London Biennale in Nevada satellite event presenting performances inspired by the colors of the rainbow at the Pop Up Art House in Henderson on Saturday, July 21 at 7:00PM. This year’s participation in the London Biennale will extend beyond the one-night-only performance event, Rainbow: 7 Colors 7 Artists, with an exhibition of the documentation behind and of the performances at the Contemporary Arts Center in Las Vegas September 6 through 29. The artists are: Noelle Garcia (red), Eri King (orange), Jevijoe Vitug (yellow), Matthew Couper (green), J K Russ with MzMina Khan (blue), Darren Johnson (indigo) and Brent Holmes (violet).